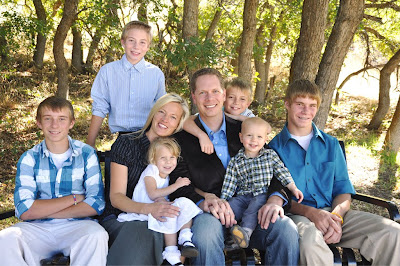 As one Christmas letter/picture is just not enough, PLEASE SEE
Our Miles and Smiles: http://goo.gl/pB2Xr and 3-minute video:http://www.youtube.com/watch?v=-_nEuI7AHqU
Favorite Travel Photos: http://goo.gl/ULbDX and 3-minute video:http://www.youtube.com/watch?v=T6TxfIZvmwI
Taran and Mica finally had the chance to go on a trip with Scot in January. In North Carolina they went to the Dean-dome and the UNC basketball Hall of Fame, saw a Duke game, toured Ft. Bragg, and met several of Scot's mission family and friends. Even after last year's sub-par basketball season, their love of all things UNC (and the opposite for Duke) seems to be cemented.
In February, Scot traveled to England and Germany where he spoke at a conference and taught an EQuIS course for EarthSoft. Besides seeing where C.S. Lewis and Lewis Carroll wrote their famous works at Oxford and Shakespeare jotted a couple thoughts in Stratford, he found a new favorite European city in Prague.
Jackson turned 7 in March, and the Thomas' finally came to visit. Lisa and the boys took a fun trip to Garfield County and Bryce Canyon in April. They had a blast riding Rhinos (Lisa off-road four-wheeling??) but were totally unprepared for the late spring snow. And getting stuck.
Scot spent a couple weeks teaching in Tanzania in May and found time to run a half marathon in Johannesburg on the way home. He also went back to the Dominican Republic where Lisa got to visit the mine, after which they spent a few sweltering days on the beach at Punta Cana.
The running highlight of the year was Ragnar, a 2-day, 188-mile relay from Logan to Park City. Scot had so much fun he recruited Lisa to do it and signed up a team for next year. Perhaps nothing was more fun, though, than camping in the Tetons with Devin and Marissa. Besides fishing and hiking, the highlight of the trip was renting a boat on Jackson Lake and having an absolute blast!
Before football started in the fall for Taran, Mica, and Camren, July was our big birthday month when Lukey turned 1, Camren 10, and Taran and Mica both 14. Mica started his Eagle project. Scot had a couple trips to mines in Nevada. Fall saw Taran and Mica become freshman (but one more year before they are high-schoolers!); they, with Camren and Lisa, ran the annual Wellsville Founders' Day 5k.
A few weeks after school started, Scot spent a week in Kazakhstan and at the end of September, Scot and Lisa celebrated their 5th anniversary visiting friends and seeing Wicked in Boston and then fulfilling Lisa's lifelong dream of biking in the fall leaves in Vermont.
The last trip of the year took Scot to Papua New Guinea and Australia where, in the middle of 17 days of work, he spent one day walking, running, and hiking at Uluru (Ayers Rock).
As one Christmas letter/picture is just not enough, please see
Our Miles and Smiles: http://goo.gl/pB2Xr and 3-minute video: http://www.youtube.com/watch?v=-_nEuI7AHqU
Favorite Travel Photos: http://goo.gl/ULbDX and 3-minute video: http://www.youtube.com/watch?v=T6TxfIZvmwI
2010 has been an incredibly busy and fun year for us. We look forward to new adventures and new challenges in 2011!
Posted by Scot D. Weaver at 7:27 AM 1 comment: 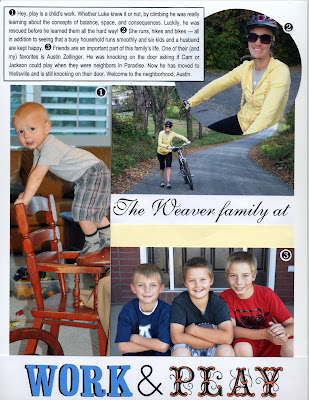 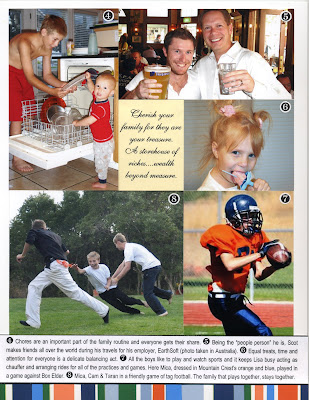